My name is Rebecca & I am writing a blog about the differences, difficulties and the merits from my experiences of inter-cultural marriage. I will start by saying that my husband (Tony) is Chinese and I am Irish and we are currently living in Northern Ireland. We’ve been together for 7 years and married for 3. The most obvious one we had is the language difficulty. Tony was using broken English when we started going out and it took some getting used to. My cultchie twang was probably hard for him too, but we overcome that barrier and he’s now using sayings like ‘aye’ and ‘what’s the craic?’ he has even tried using a ‘cupla focail as gaelige,’ to try and impress the in laws. It was hard for him to express himself anyway and not being able to find the right words left him and me frustrated. Google translate soon sorted that problem out! 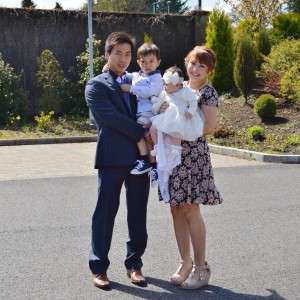 Moving on to the next point is the different foods he eats. Tony is most definitely not a picky eater! I’ve seen him happily tuck into chicken feet, octopus and shark fin soup. Not any of which I would even attempt or rarely be on a European menu here. The etiquette at meals are totally different. I would be nibbling nicely at the bread sticks and he would be chomping and talking loudly. One time at a Christmas dinner as he got stares from family members when eating, I asked why he couldn’t eat quietly, he said in china eating loudly means your enjoying it. I take secret delight in slurping my dinner now in front of his friends and family knowing its just because I’m ‘enjoying’ it. 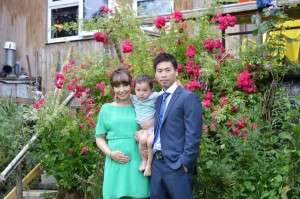 When I got pregnant with our first child I noticed more cultural differences. I was asked if I would let Tonys mother keep the baby in China while we worked over here. It is a normal thing to do in China and it is the grandparents responsibility to care for the grandchildren, I kindly refused and said I couldn’t do it. After I had the baby Tony told me I shouldn’t leave the house for a month, because it is tradition for the mother and baby to recoup after the birth. It’s tradition for Chinese people to have big party when baby is one month old (and when you’re allowed to leave the house again). I was having none of that I was revelling in my beautiful newborn and eventually ‘broke free’ after 7 days inside. I did however keep the one month celebration tradition (we Irish enjoy wetting the babies head) and it was amazing! People arrived with red pockets full of money and gifts and presents. We must have ate 7 courses of the most beautiful Chinese delicacies in the Sun Kee. Carrots were sculpted into dragons and whatnot, after all Olly (my son) was born in the year of the dragon. My husband also agreed to letting me have the children christened, and with our newest addition (Nina). I let him choose the godparents, so there is always compromise and understanding there. 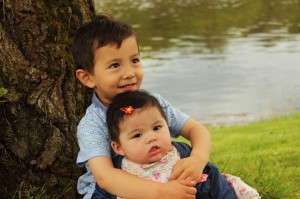 I have been asked a few times why I married a Chinese man and my simple answer is why not? You can’t help who you fall for can you? There was an incident in Dublin when I was in a shop when an elderly Chinese woman asked Tony why he had a white baby his arms. He was taken aback by her manner and just explained that he was married to an Irish girl, she shook her head and walked on, so there is prejudice on both sides.

As the years go on our marriage seems so normal and we are like two peas in a pod. It was more difficult in the beginning getting to know each other and understanding we are different. I used to be agitated at the fact I didn’t know what he was talking about with his friends or how I couldn’t use chopsticks, (which I have now proudly mastered) but I’m used to it now! We have petty arguments and squabbles but also love each other wholeheartedly. I’m presuming all marriages takes compromise and compassion anyway, so an interracial & multicultural one is no different in my opinion. Tony has taught me so much about his part of the world and his language and not to be so quick to judge anyone. We all have our flaws as individuals and I’m glad I have found ‘the one’ who accepts mine. Our two children will grow up experiencing two cultures conjoined as one, and I will encourage them to explore both their Chinese and Irish heritage equally. If I had the choice again I would marry him again in a heartbeat!

If I had the choice again I would marry him again in a heartbeat!

I hope my story will encourage more people to open their minds and promote equality for all. Finally I want to publicly say thank you to my husband for working hard and I really should say it more often, we all love you daddy and hopefully many more happy years of marriage to come! 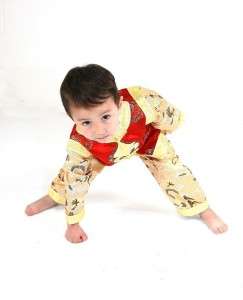 If you want to keep up-to-date with us ‘The He’ family follow my Instagram page BeckyHe520 many thanks for reading!