Side By Side project takes flight at Ballymac Centre Launch

Side By Side project takes flight at Ballymac Centre Launch

Links between Poland and Northern Ireland have been celebrated at a special event today (Saturday, August 20) in east Belfast.

Side by Side, a project revealing these links, particularly during World War Two, received support from the Housing Executive.

The project was launched as part of the official opening of the Ballymac Friendship Centre on the Lower Newtownards Road. 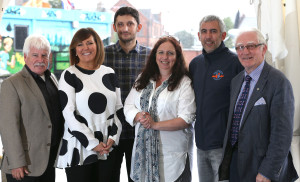 Poland’s Honorary Consul for Northern Ireland, Jerome Mullen, was in attendance and gave wings to the Side By Side Project with Jennifer Hawthorne, Head of Communities at the Housing Executive.

“15 airmen from Poland lie in quiet graveyards around Northern Ireland and their resting places have always been treated with respect.

“Projects like this help illuminate this shared history – to bring it to life and showcase these links to the wider community as a way of educating everyone about the past and creating new partnerships for the future.”

As part of the launch of the Side By Side Project, the Ulster Aviation Society brought along a replica Spitfire and tours of the aircraft took place throughout the day. 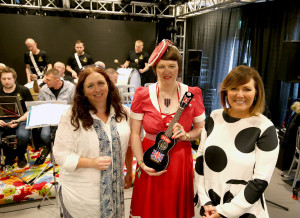 Polish dancers provided a spirited display and London-based singer songwriter Katy Car, who is of Polish extraction, provided a wonderful musical backdrop for the occasion, along with the Shankill Road Defenders Flute Band.

The Ballymac Centre itself has been revamped with help from the Urban Villages Initiative and the Department for Communities, Northern Ireland.

Roz Small, from the Ballymac Friendship Trust said; “We were delighted to have the Side By Side Project here place today as part of the launch of our centre.

“It was incredible to see so many people here, particularly from local families.

“It’s the end of an exciting week for the centre as we had a range of events taking place – thanks to everyone for getting involved!” 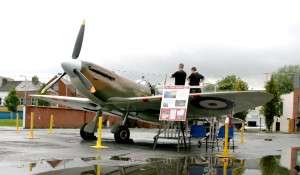 Jennifer Hawthorne from the Housing Executive said; “Initiatives like this go a long way to producing more cohesive communities across Northern Ireland as it gives us a chance to reflect on what we think are new communities here.

“Often, well established links already exist and it’s up to all of us to embrace the ties that bind us as we build stronger communities.”