Imagine a diverse, sharing society based on mutual respect 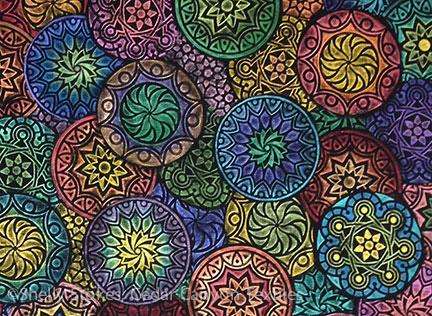 Imagine a diverse, sharing society based on mutual respect

A talk presented as part of the IMAGINE! Belfast Festival, March 13, 2018

When we see artwork that brings together diversity in colour, shape and size we refer to it as ‘beautiful’.   Most of us strive for it when expressing ourselves artistically – there’s even a trend called Zen colouring, where we find stress relief in the diversity of colour!

Today we’re going to ask people to bring together diversity, personal experience and even politics.

Let me begin by getting the politics out of the way first –  how does a government ensure that its bodies and policies reflect the diversity of the society it governs? To use the word of the week – imagination.  We want creative, constructive and innovative responses to a fluid, changing world.     I hope this will be one of the topics of discussion today  – and will point us in the direction of our local resources (in education, community sector, arts, )  – and I hope that we’re able to focus our attention on much of what community organisations do  – which is bring people together in circumstances that are both celebratory and challenging.

When I first arrived in N. Ireland people shared one joke so often that I would wait for it whenever I met someone new and we engaged in a bit of banter.  The joke was (join me if you want to….)  whenever outsiders are encountered they’re asked about religion; I’d cheekily answer ‘Buddhist’ only to be asked ‘- Are you a Catholic Buddhist or a Protestant Buddhist’?  and of course, we’d all have a laugh.  When things turned to politics or political institutions, which is what I was really interested in! – people would throw their hands in the air and say ‘the people are ahead of the politicians’.    I confess I never quite understood that until I had more frequent contact with the community sector –  and so today I would assert confidently that they are indeed ahead of the politicians.

The title of this session is to imagine a world of equality and respect, so our conversation is geared to move us toward those circumstances. Let me begin by saying – there are diverse, equal and respectful areas of life and community in NI.  I refer to them as zones of diversity – they show up wherever people want them so  – they are fluid and do not recognise borders imposed on us by institutions.   So how can we upscale these zones to have a strong impact on policy?  What I want to focus your attention on today are the ways in which people bridge cultures and as a result, generate change from the bottom up.   I have always been a supporter of top-down policy development, I do find that working in and across communities as I have been for the past five years has challenged the deeply held notion I had that top-down is the best way to implement or expand changing circumstances.

Bridging is a well-known term when discussing diverse societies and cultures.  Bonding is another word used in academic and social research.   I think that successful diverse environments require an openness to utilising bridging capital and no overreliance on bonding capital.  Bridging capital means we bring with us a part of our lives – food says-  that is unique and can be shared.  Openness to bridging capital (sharing and receiving) is the start of eradicating fear, however simple the gesture may seem.

Contemporary, mainstream discussions of the words diversity and multi-cultural environments often operate on an assumption that the situations of the past were, essentially, homogenous.  Ireland and Britain made emigrants, it didn’t receive them.  But, of course, we know that history shows us otherwise.  We are not a big place, but it isn’t true that people haven’t migrated here – the 19th, the 20th, the 21st century – people have ended up in Ireland by choice and by chance for centuries.  They brought with them linguistic and cultural capital that stays with us.   Famously, fish and chips were brought into this part of the world by a Jewish immigrant!

Restaurants and changing food landscapes are one thing, but it is the personal sharing of culture that has the longest term impact, because of its personal nature.  Come to dine with me is more than just a tv programme – it’s an invitation to shared humanity, fulfilling the most basic of our human needs.  But it’s also a moment of true pride – food sometimes seems almost magical in its transformative powers.  People who share food are sharing memories of sorrow, joy, safety and fear –all at once.  It is a moment of intense dignity for an individual suffering alienation and isolation to prepare something that brings a smile to one’s face – a surprise to one’s eyes –  a connection that overcame the urge to use words.  We share things that comfort us or invigorate us as a way to bridge what keeps us apart – maybe we don’t speak the same language, but we know what it is to want some comfort food in cold weather! It is bridging that enables human diversity as a form of flourishing, not a form of tension or challenge   -I believe that when we connect we dismantle fear.

Sound or music may be the same bridge –

Ireland is famous for its use of music to express suffering and joy, for its poetry to express the mysteries of life, love and human experience.  These are and have always been our bridges to the world –  in Ireland -at home-   we can be recipients of bridging capital.  It is the one thousand welcomes as a two-way street.   It is obvious that music can be combined – but for those of us who aren’t musicians, it is only obvious after we hear it.   Afro-Celt sound system was a revelation to me in the 90s and at that time you could never have convinced me that Irish music could combine with Chinese traditional music –  – but as I listened to both I couldn’t believe it wasn’t done before.  Locally, of course, there is the Orchestre de refugee et amis  –  Beyond Skin who do outreach that awakens in all of us that connection beyond words.  ArtsEkta and its famous Belfast Mela is 10 years old

So, this notion of bridging doesn’t really have to be imagined – we ARE doing it and have been for some time!  We cannot wait for a political institution to catch up with us we have to keep moving forward.  On this one – the pressure comes from the ground up!

So the challenge for today was to imagine this world……one with music, interesting and delicious food, intriguing sounds and beautiful things to look at….bring it on!