Being Good Relations – A Convivial Conversation

Being Good Relations was a conversational gathering co-hosted by CRAICNI and the International Futures Forum (IFF) as part of Northern Ireland’s 2016 Community Relations and Cultural Awareness Week. The conversation was facilitated by Eileen Chan-Hu (CRAIC NI) and Denis Stewart (IFF), with practical support from Maciek Bator (CRAIC NI). 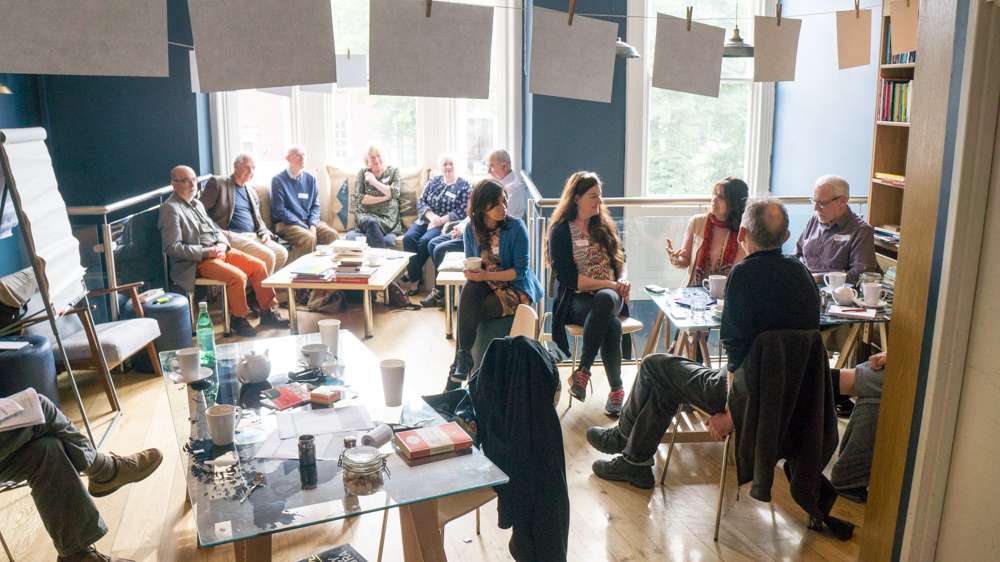 Diversity is part of our reality, living in this place. And it’s growing.

Northern Irish society has always been more diverse, culturally and ethnically, than the impression given by the stereotypical binary representation of people living in NI as Catholics and Protestants. That said, in recent years, the population of Northern Ireland has been becoming increasingly diverse.

For many whose ancestry has been associated with the island of Ireland for generations past, the growth in diversity is welcome, seen as enriching NI society and full of possibility. There is more openness to cultural influences and patterns other than those associated with the more indigenous peoples than would have been the case not long ago. 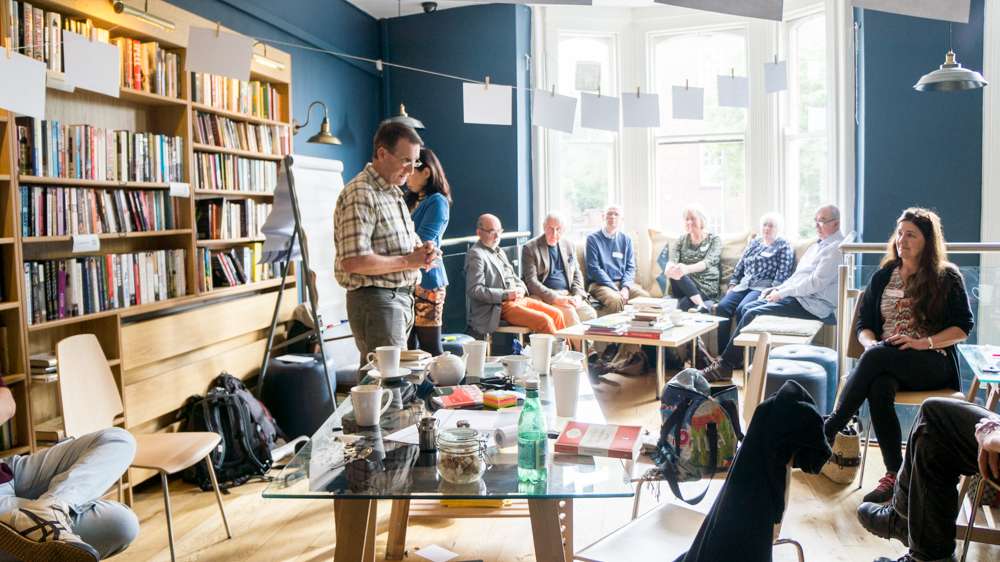 For others of the more indigenous sort, however, the emerging reality of cultural diversity is seen as a problem, felt as a threat to their sense of identity and their cultural traditions.

So, we are living through times of great opportunity and of considerable challenge. How can we – all of us living here – learn to BE together well, to live in mutually appreciative togetherness?

This question was the core focus of the participants’ exploration of ‘being well together’. 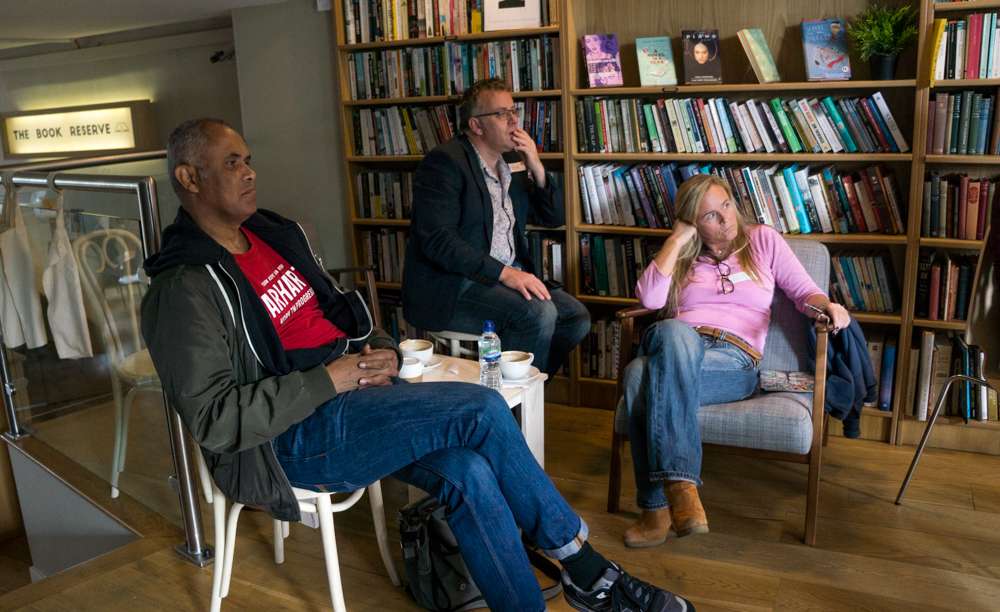 Denis commented that the session was intended to be mostly conversational, about being attentively present with others rather than being presented to by others. The conversation had been billed as ‘convivial’ – both in the sense of being agreeable, even when disagreeing, and in the sense of being merry. It was anticipated that the craic would be good!

During the time together, we would be engaging with three learning experiences:

Towards the end of the session, Tim Brannigan had been invited to share some readings from his autobiography, Where Are You Really From? . 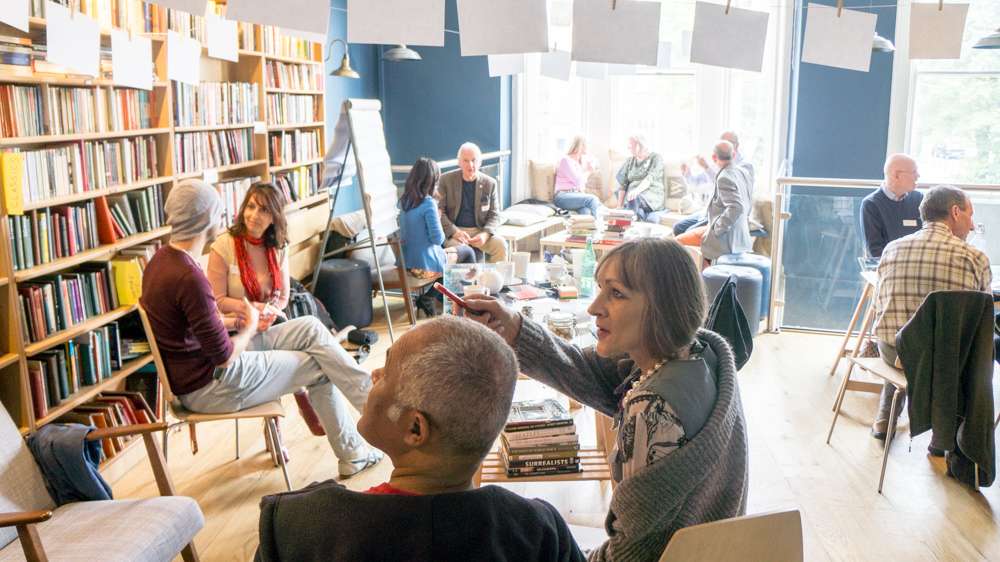 Eileen invited everyone in turn to introduce themselves, sharing stories about their given name/s and speaking about how they were feeling as they came into the room. The collective story that unfolded was, unsurprisingly, one of fascinating, often entertaining, diversely shared humanness. A reading by Denis of Maya Angelou’s poem, Human Family, felt appropriate. Some lines quoted here:

I note the obvious differences

in the human family.

Some of us are serious,

some thrive on comedy.

Some of us declare their lives are lived

and others claim they really live

The variety of our skin tones

brown and pink and beige and purple,

tan and blue and white.

In minor ways we differ,

in major we’re the same.

I note the obvious differences

between each sort and type,

but we are more alike, my friends,

than we are unalike. 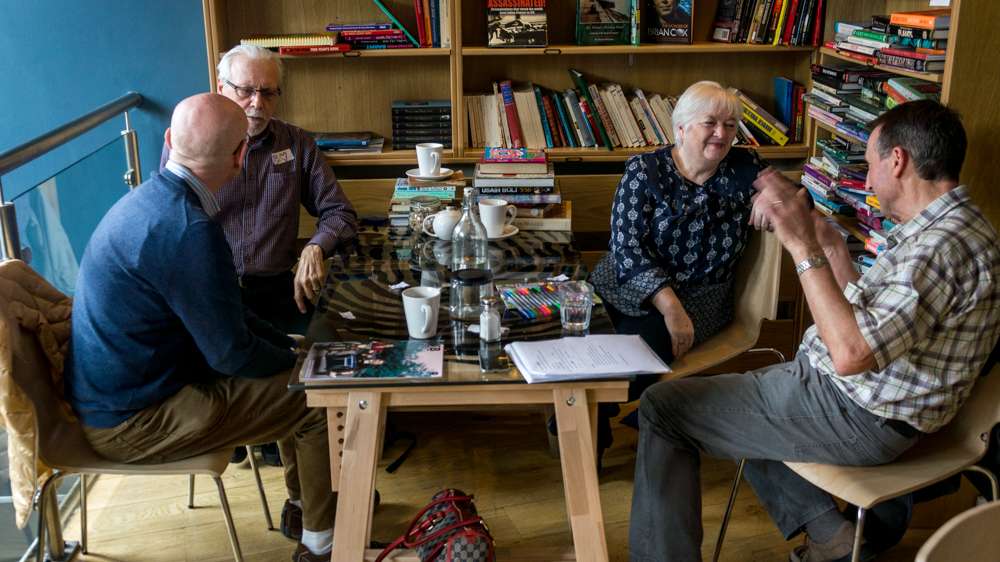 The core proposition put forward for exploration together was stated thus:

We share common humanity, genetically and in cultural connections. We are kin, human-kind, and have every reason to be in kindly relations.

Participants were asked to have a conversation in smaller groups re their thoughts and feelings about this proposition, about ‘being good relations’. Each group made recorded main points arising on flip-chart sheets (see table below). 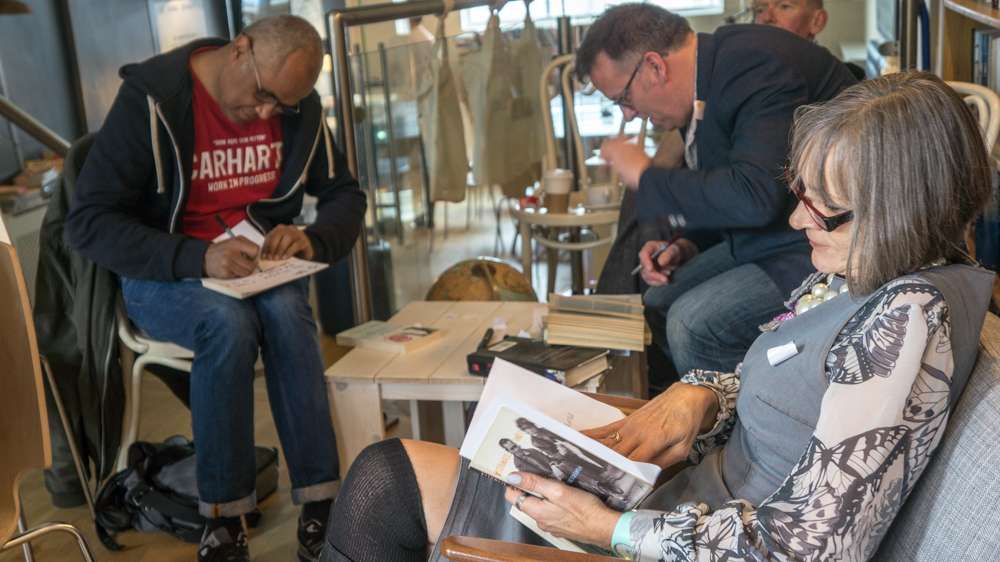 Time did not permit more than some very brief sharing across groups in a plenary. Nor was their time to identify issues/questions that might be explored more deeply.

Notes from conversation in small-groups

Being present with another

Being fully engaged in conversation with another person – listening, talking, thinking and learning – means being present. As a wise American called Jim Ewing once wrote: Being a transformational presence is the highest form of our art. And from time to time, as friendly kinships and friendships grow, gifts are presented. As a practical illustration of this aspect of ‘being good relations’, each person was paired randomly with another. The couples were invited to converse for a few minutes and, on the basis of impressions formed select a book from the Book Reserve that they guessed the other person would like to receive as gift. It was also suggested that each person compose an inscription to go with their present, drawn, for example, from favourite book or writer. 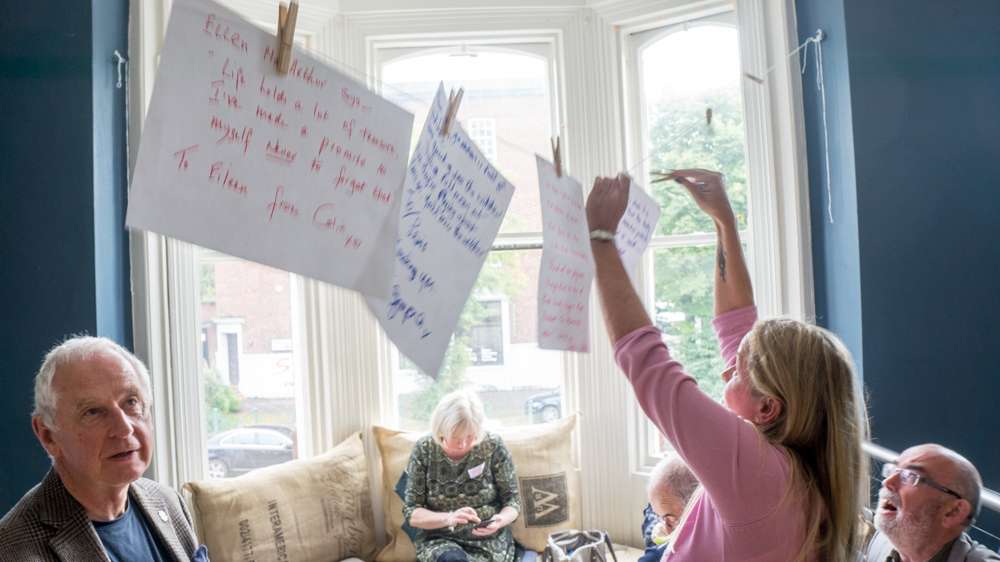 There was quite a whirl of convivial conversation, frantic searching for a suitable gift, and generally appreciative exchanges of gift. In some instances, the books were actually purchased and gifted!

Participants were invited to pause for a few minutes of quiet, personal reflection and to record a thought or feeling on a post-it.

Personal reflections on Being Good Relations

To close the session, Tim Brannigan spoke with feeling about his early years growing up in Irish republican West Belfast during troubled times.

It is sometimes salutary to see the world not only as bright and contrasting colours, but also in sepia, with the frontiers blurred by unexpected commonalities. Theodore Zeldin The Hidden Pleasures of Life (2015), p.14